First discovered by physicists Andre Geim at the University of Manchester located in Manchester England in 2004, Graphene is a single layer of graphite created or produced when all its other layers of graphite are removed until one layer no thicker than an atom is found. This new material it’s very interesting due to its abnormal properties and characteristics. One of such Characteristics is its ability to remain stable in free state unlike other 2D materials known to be altered when being exposed to our environment. Another of graphene’s interesting properties is its conductivity, which allows electrons to travel 100 times faster than in silicon which is higher than any other known material at room temperature. 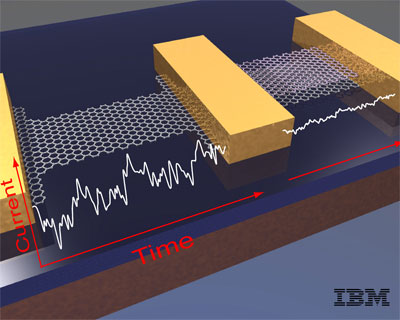 Besides these and other special and interesting characteristics Graphene has several potential applications. One of this potential uses for this material is as a sensor of gas molecules due to its two dimensional structure most of its matter would be in direct contact with the gas’ molecules making it more efficient in detecting these molecules.

Even though other materials have similar abilities when used in gas sensor, graphene is far more superior due to its electronic and conductive properties.

Another of graphene’s potential uses is in the field of integrated circuits due to graphene’s ideal properties it could be fitted in to a field effect transistor making it more effective than and not as noisy as other material during use due to its high electron mobility. However this fascinating and groundbreaking material comes with a major draw back which is its inability to be mass produced. With out this major obstacle graphene could easily replace silicon as the main component for computer systems and other electronic.